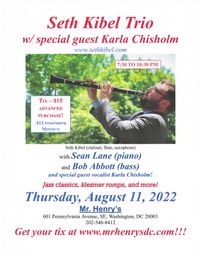 Free, outdoor concert! (If it rains, we just move inside the community center.) Klezmer & more!

Free, outdoor concert by the lake! (if it rains, we move to the Berwyn Heights Community Center -- 6200 Pontiac Street)

Instrumental jazz, swing, and klezmer from one of the Mid-Atlantic's premier woodwind specialists.

This album is a collection of songs written and recorded in wake of the 2016 Presidential election. With a progressive outlook, and an unhealthy dose of dark humor, these tunes traverse a wide landscape of musical genres, including blues, swing, klezmer, bossa nova, reggae, and more. 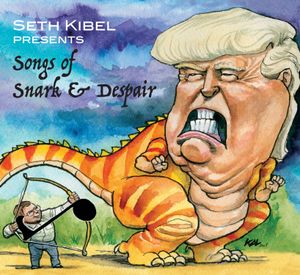 With an all-star cast of local musical luminaries, including the following:

BUY THIS ALBUM AT CDBABY.COM

12 original instrumental compositions by Seth, in a variety of musical genres, including swing, gypsy jazz, and klezmer. 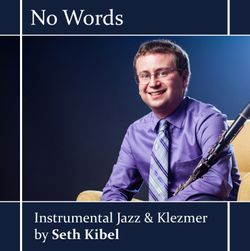 Jazz For People Who Are Shorter Than Me

This album features both original compositions and creative reimaginings of many classic children's favorites such as "Twinkle, Twinkle Little Star," "Down By The Bay," "Row, Row, Row Your Boat" and more. While this is nominally a "jazz" record, it covers a wide stylistic breadth, including blues, boogie-woogie, rock, and yes, even a little klezmer.

Seth Kibel is one of the Mid-Atlantic's premier woodwind specialists, working with some of the best bands in jazz, swing, and more. Wowing audiences on saxophone, clarinet, and flute, Seth has made a name for himself in the Washington/Baltimore region, and beyond. He is the featured performer with The Alexandria Kleztet, Bay Jazz Project, Music Pilgrim Trio, The Natty Beaux, and more. Winner of 25 Washington Area Music Awards (Wammies), including "Best World Music Instrumentalist" (2003-11) and "Best Jazz Instrumentalist" (2005, 2007-8, 2011-13). 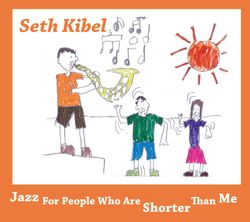 Buy this album at CDBaby.com
Jazz For People Who Are Shorter Than Me on iTunes

Phonin' It In with Seth Kibel and Bay Jazz Project